This project seeks to bring new understanding of the coupled hydrologic, thermodynamic, and geomechanical processes that control the outcome of applying production technologies to natural gas hydrate bearing reservoirs for the purpose of recovering methane economically and at commercial scales.

Hydrate systems in geologic media are multiple phase systems, in which the potential for both mobile and immobile phases occupy the same pore space, with the potential mobile phases being aqueous, gas, and nonaqueous liquid, and the potential immobile phases being ice and hydrate. Gas hydrates form at high pressures and low temperatures, and the stability envelope for natural gas hydrates span the triple-point of water, complicating the thermodynamics of hydrate systems via phase transitions, appearances, and disappearances. For example, a hydrate bearing formation, stable at temperatures above freezing, could yield ice formations with strong depressurization, resulting in hydrate dissociation and cooling. Hydrate structures vary across their host geologic settings, from large concretions in suboceanic muds to connected, pore-filling bodies in subarctic sandstones. The geomechanical reaction of a hydrate-bearing formation to the dissociation process depends on the contribution of the hydrate structure to the mechanical properties of the formation. Production of natural gas hydrates from geologic reservoirs is controlled by coupled processes, each with inherent complexities.

This project will investigate the numerically and experimentally coupled hydrologic, thermodynamic, and geomechanical processes that dominate the production of natural gas hydrates from geologic accumulations. Production technologies will include both conventional (such as depressurization, thermal stimulation, and inhibitor injection) and unconventional (such as nitrogen injection, air injection, and former swapping). Production of natural gas hydrates from geologic reservoirs is controlled by coupled processes, each with inherent complexities.

This project will bring new understanding of the coupled hydrologic, thermodynamic, and geomechanical processes that control the outcome of applying production technologies to natural gas hydrate bearing reservoirs for the purpose of recovering methane economically and at commercial scales. Numerical simulation provides scientists and engineers with analytical tools for investigating the behavior of hydrate systems, incorporating coupled processes in the governing and constitutive equations. 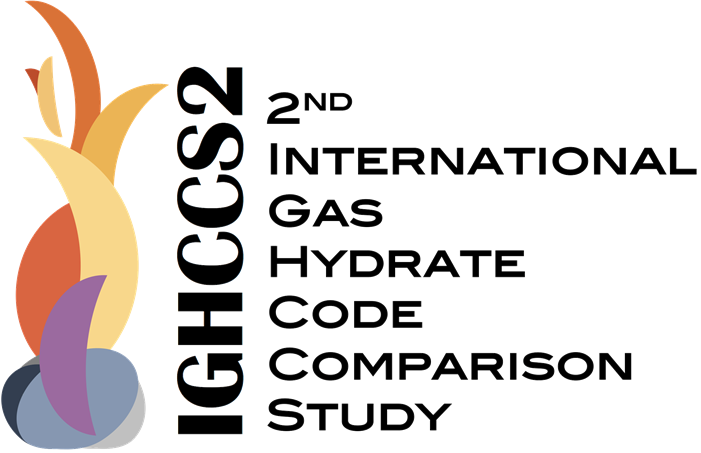 Efforts under BP 1 of the project are nearing completion and the project has been revised to include additional activity to be conducted during FY2020. Activity in BP 2 of the project is focused around the use of numerical simulation tools to support the design and planning of potential long-term field test of gas production from permafrost-associated hydrate deposits in Alaska. PNNL contribution will include the numerical simulation of the planned depressurization tests to forecast gas and water production rates, and phase distributions over time. Simulations will include a design scenario, but will additionally consider variations in intrinsic permeability, effective permeability, and relative permeability of the mobile phases. Efforts will also address the impact of bound water on the reservoir response to depressurization. A second principal objective in BP 2 is the continued collaborative research with the Korea Institute of Geoscience and Mineral Resources (KIGAM) in meeting its objectives of developing gas hydrate production technologies for reservoirs in the Ulleung Basin of the Korea East Sea in an effort to provide estimates of the expected fluid production rates (necessary for sizing field equipment), of the overall system behavior, and of its geomechanical response in the course of the long-term production..