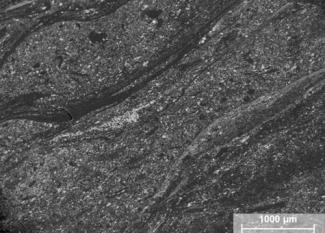 In an NETL-supported project with Virginia Tech, researchers developed a safe and  efficient processing technology that can extract and concentrate rare earth elements (REE) from coal refuse material already found throughout the Appalachian region, namely in shales and clays. The new process opens the door to future commercialization, as it decreases the size and cost of needed systems.

The technologies involved in this process leveraged simple ion-exchange leaching techniques currently used by industry. The Virginia Tech team focused on modified leaching lixiviants, a novel liquid material, instead of acids commonly used to concentrate and extract REEs. Lixiviants are liquid media used in hydrometallurgy to selectively extract the desired metal from the ore or mineral. It assists in rapid and complete leaching, in this case extracting valuable REEs from coal refuse.

The project successfully produced a solution containing a final REE concentrate of 15% - 18% by weight, exceeding the objective of 2% REE by weight.

“The fact that this project exceeded its goals is an encouraging development,” NETL Project Manager Anthony Zinn said. “Now that the concept has been demonstrated, Virginia Tech can begin the process of refining it to make it more economical and attractive for investors on a large scale beyond the laboratory setting.”

Zinn said the ion flotation demonstrated by Virginia Tech’s researchers offers a technical benefit because it can effectively increase REEs in the leach solutions prior to solvent extraction. Feeding a solvent extraction unit with a higher concentration of REEs would reduce the size and cost of such a system.

“The project also presents environmental benefits because modified leaching lixiviants would be far less hazardous than strong acids that are generally used to extract REEs from solid feedstocks,” Zinn said. “This means safer operating environments for workers, and easier storage and disposal of these materials.”

This development came as part of an NETL-funded cooperative agreement intended to develop a domestic supply chain for REEs, which are vital to the manufacturing of personal electronics, energy infrastructure and defense technologies, among many other high-tech applications.