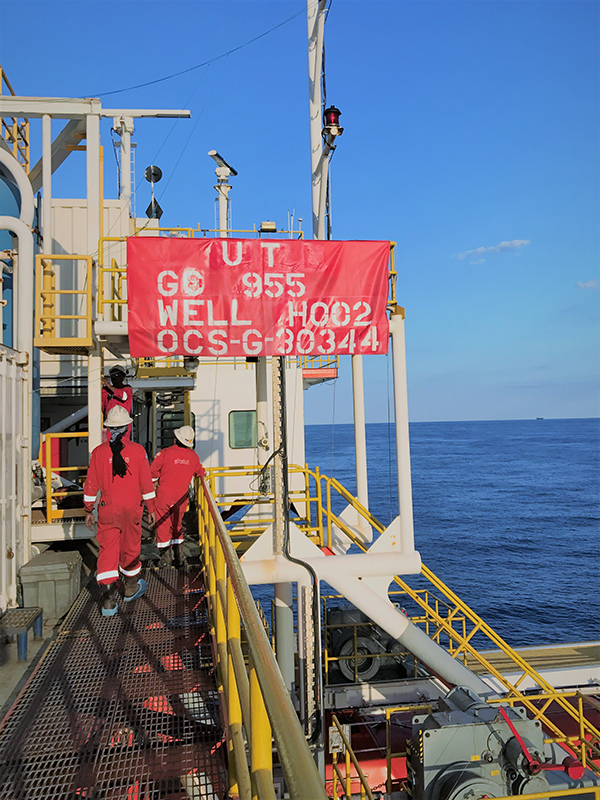 In partnership with NETL, the University of Texas at Austin is leading an effort to execute two drilling and coring expeditions to assess the nature and occurrence of gas hydrates in the deepwater Gulf of Mexico. The program is focused primarily on assessing the origin and evolution of geologic systems that generate and sustain high concentrations of gas hydrate within coarse-grained sediments.

The initial expedition will be conducted from Helix’s Mobile Offshore Drilling Unit Q-4000 in 6,670’ of water in Green Canyon Block 955. Two wells will be drilled and cored with the goal of acquiring the first samples of subsurface, sand-hosted, gas hydrate from the Gulf of Mexico. The samples will be evaluated at sea and also returned for subsequent detailed laboratory studies by research teams from U. Texas, NETL, the USGS and other project partners. The cores will provide the first information on the chemistry of the gas and formation fluids from the Green Canyon site, as well as samples by which to evaluation the physical nature of the gas-hydrate-bearing sediments and their response under potential gas recovery operations.

The site for the May 2017 expedition was initially evaluated as a potential drilling hazard for industry operations in the early 2000s. In 2009, the occurrence of gas hydrate at the site was confirmed via scientific drilling conducted by a DOE-Funded international industry consortium in 2009. The 2009 expedition confirmed the occurrence of such deposits at multiple sites in the Gulf of Mexico, resulting in wide range of scientific insights and providing support to an 2012 assessment by the Bureau of Ocean Energy Management of substantial potential gas hydrate resources in the Gulf of Mexico. 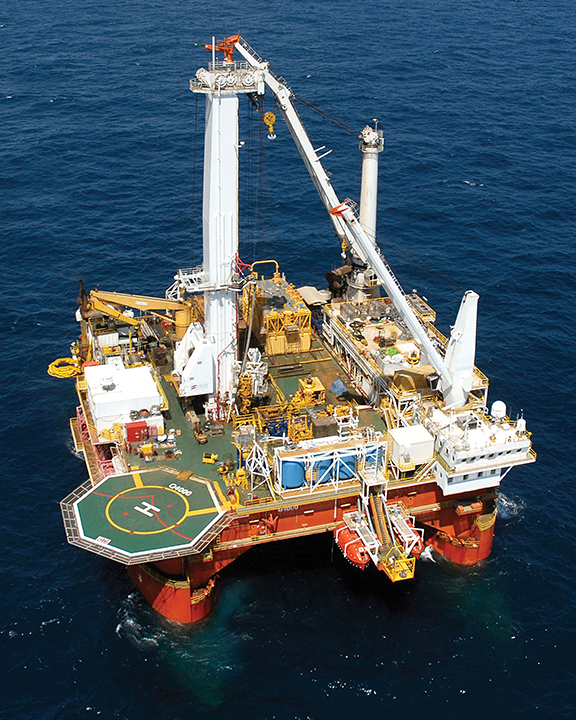 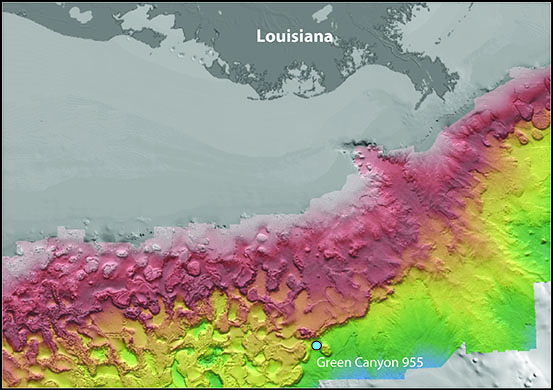 Operations at the GC955 site were completed on May 24 with runs 8 through 13 of the pressure coring tool finishing on May 21, followed by placement of a cement plug in the well. No logging was feasible at the site given the design of the bottom-hole assembly. The final 6 coring runs recovered 31.8 ft of sediment from 52 ft of section (61% recovery) with 17.2 ft collected at or above hydrate stability pressure (33%). These last coring runs at the base of the accumulation included a mix of gas hydrate-and non-gas-hydrate bearing sections. Recovery of samples under pressure was generally very good in the gas-hydrate-bearing layers and not good where gas-hydrate was not present. The zones where gas hydrate is not present are interpreted to consist of unconsolidated fine grained silts and sands; these type of sediments are very difficult to acquire with any coring system.

The Science team will now be re-establishing core handling laboratories at on onshore facility in Port Fourchon, LA, where the 20 most scientifically valuable and highest quality 1 m-sections of core will be transferred under pressure to transport devices and shipped to the U. Texas before being allocated among various laboratories for advanced analysis. The remaining cores will be carefully scanned, depressurized, and allocated among the full science team for analysis.

Operations at Well GC955 H005 were conducted from May 17 to May 22, included here are results through May 19. In order to fully test the tool under a range of drilling conditions, this well was drilled with a modified coring and drilling fluid plan that called for the first seven cores to be taken with unweighted sea-water, two with 9.5 lb/g weighted mud, and the final four with 10.5 lb/g weighted mud. Those first seven cores acquired 62’ of core (89% recovery) with all 62’ (89%) recovered at or above gas hydrate stability pressure. X-ray scans of these cores taken on the ship confirm the preservation of primary bedding in large portions of the core and the overall outstanding quality of the cores.

Operations at Well GC955 H002 were conducted from May 12 to May 17 using the “cutting shoe” configuration of the pressure coring tool. This configuration is based on the standard design that had been developed through a series of international gas hydrate coring expeditions in recent years. The tool is designed to capture 10 feet of core. A total of 10 deployments were planned for this first hole. From May 12 to 14, the tool was deployed eight times, capturing a total of 27.6 ft of sediment (35% recovery) with 4.6 ft being recovered under pressure (6% recovery). Due to the poor performance of the tool, coring was halted after Core 8. The hole was logged per regulations, although incomplete coring penetration into the hydrate deposits resulted in minimal log data acquisition over the target interval. The science team studied the functioning of the pressure coring tool, made a number of adjustments, and prepared for a second round of coring using the “face bit” configuration of the coring tool. This version of the tool is largely similar to the “cutting shoe” version but with a modification in the cutting assembly that was designed to minimize rotation of the sample during coring. Three tests of the new tool string were conducted within the water column providing confidence to move ahead with coring operations. Well GC955-H002 was cemented per regulations and abandoned. 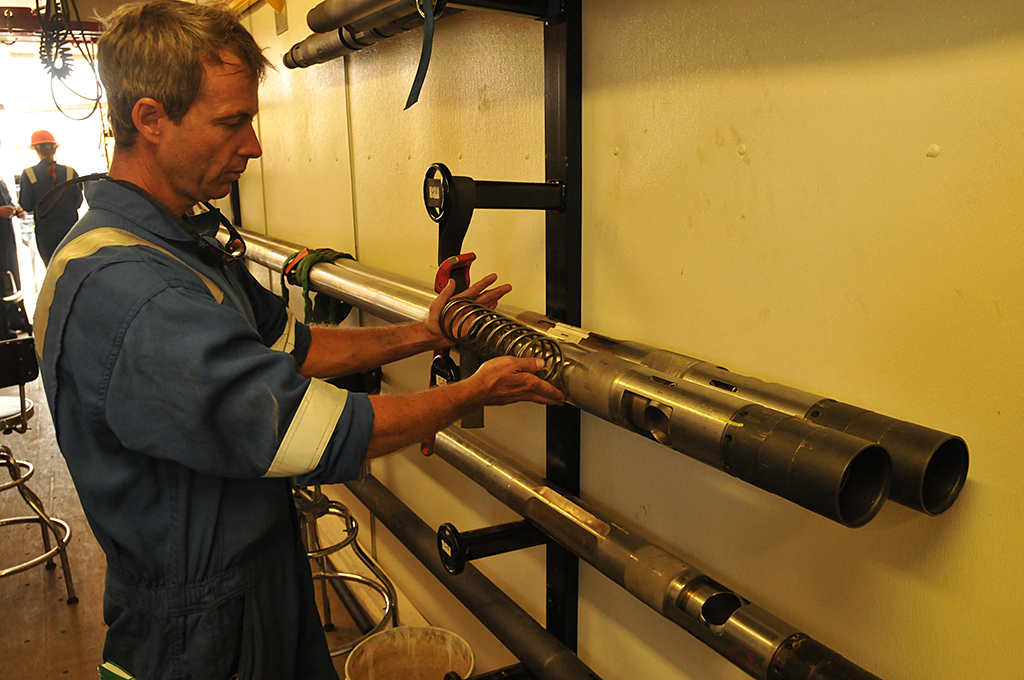 The science team prepares the PCTB pressure coring tool for deployment at GC955. 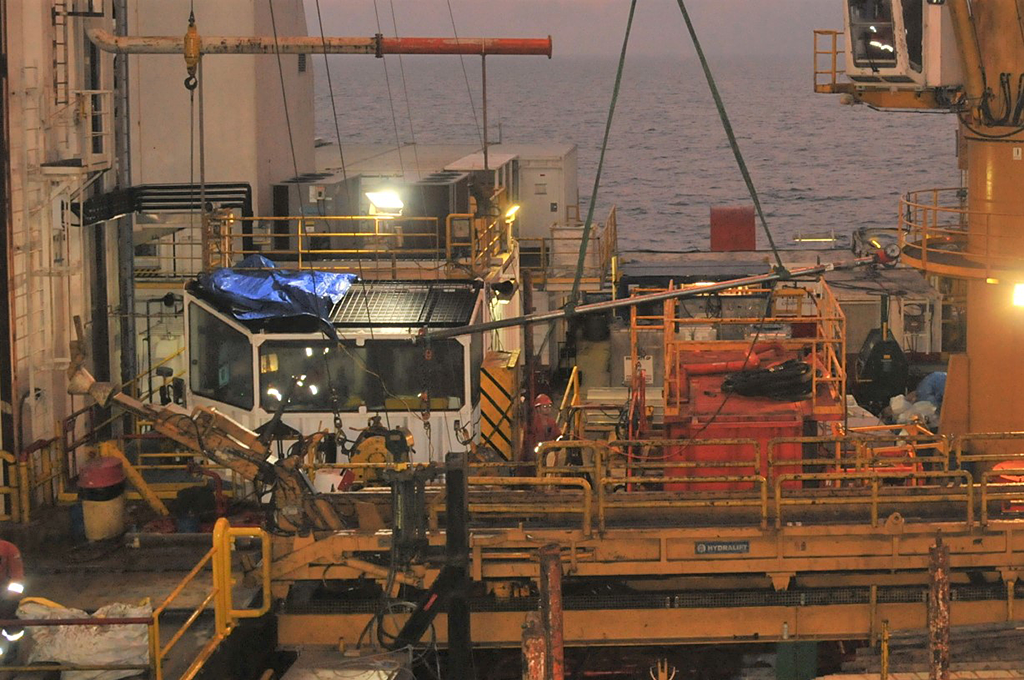 A pressure core is extracted from the GC955 deposit and moved to on-board facilities for evaluation. 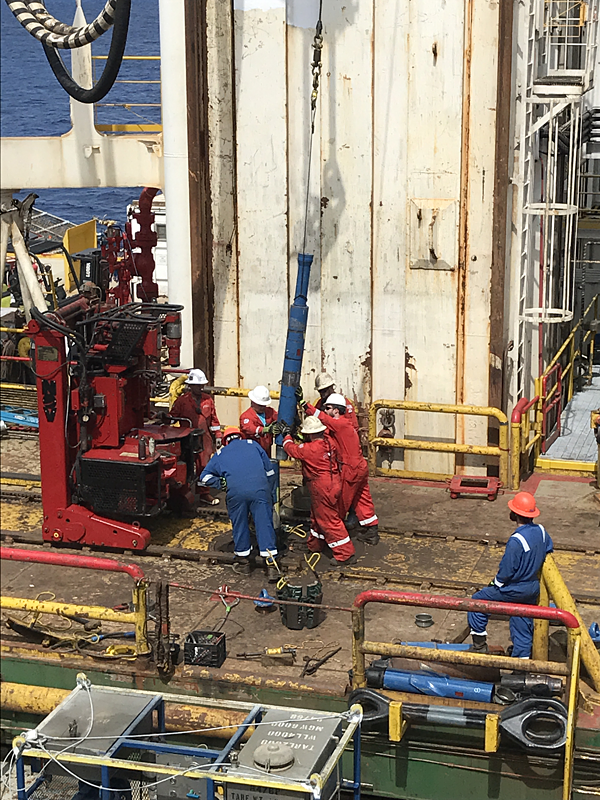 On May 11 at 8:53 AM, the Q-4000 began drilling the first coring hole, “UT-GOM2-1-H002”, in perfect weather conditions. The drill bit reached the seafloor 6,719’ below the sea-surface and was advanced 1,343’ to the planned core point at 8,062’ total depth sub-sea. Operations then converted to pressure coring using the “cutting shoe” version of the “Pressure Coring Tool with Ballvalve” or PCTB-CS. Over the next several days, this tool will acquire a series of 10’ long, 2” diameter samples that will be returned to the surface, examined, and subsampled into storage/transport containers for further evaluation in labs at the University of Texas, NETL, the USGS, and other leading science laboratories. 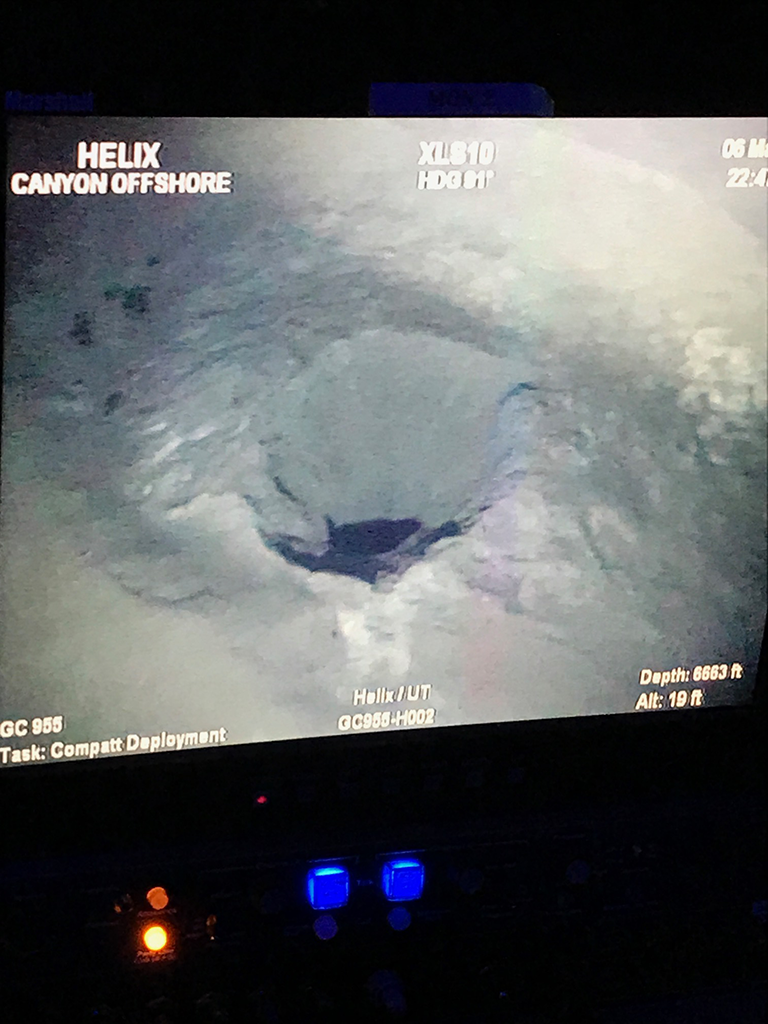 On May 4th, the Helix Mobile Offshore Drilling Unit (or MODU) Q-4000 began a 307 nautical mile transit from Brownsville Texas to the drilling location in the Green Canyon 955 (GC955). Prior to, and during the transit, the Helix crew and the science team prepared the equipment and materials required to conduct scientific drilling, coring, and logging operations with two primary goals: 1) to evaluate the ability of pressure coring systems to capture samples of gas hydrate bearing sands and preserve them at in situ conditions and 2) to conduct advanced scientific evaluation of those samples to advance the understanding of the origins and nature of gas hydrate deposits. The expedition will do this by drilling and coring two locations adjacent to the GC955-H well where drilling and logging during the 2009 Gulf of Mexico JIP Leg II drilling program confirmed approximately 100’ of gas-hydrate bearing sands.

The Q-4000 arrived at the GC955 location on May 6 and began preparing for operations. Cameras mounted on a remotely operated vehicle (ROV) were able to visually locate the GC955-H well (see photo). A location for an initial coring well was established roughly 59’ to the southwest of this well, which is expected to encounter very similar geology. We anticipate drilling to begin within the next 24 to 48 hrs.