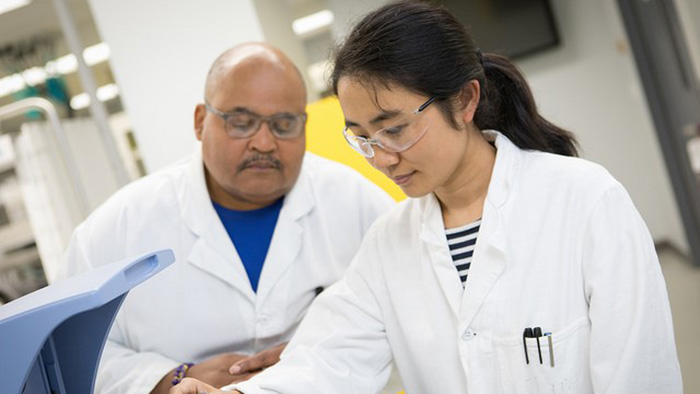 Problem-Solving is NETL's Business: McMahan Gray is just one Example of How We Do It

NETL is in the problem-solving business, and one of our key researchers may be on to solving a big one that has puzzled American cities for a long time. The Pittsburgh Business Times agrees and that’s why it announced that it will recognize our McMahan Gray with its innovator award later this year for his work on a technology that can filter heavy metals, including lead and other contaminants, from municipal water systems. That’s problem-solving in the NETL tradition.

Gray is a physical scientist who has mentored young people and led researchers on a quest to develop sorbents that can remove carbon dioxide ( CO2) from coal-burning power plants. Sorbents are materials that are designed to absorb targeted chemical compounds. They are often the most effective way to efficiently capture specific chemicals and gases. Researchers, led by NETL’s Gray, came up with the basic immobilized amine sorbent (BIAS) process for CO2 capture.

Gray received an R&D 100 award – an “Oscar of Innovation” – in 2012 for the BIAS technology’s carbon capture application. The award is given annually to recognize the top 100 technology products of the year.

Recognizing that the BIAS approach could do more than capture CO2 from coal combustion, Gray worked to adapt the technology to filter water from oil and natural gas well flowbacks, industrial waste streams, acid mine drainage and even municipal drinking water to remove heavy metals. The sorbents can be cleaned and rejuvenated for repeated use.

Gray’s success, and due recognition, is just one example of NETL’s problem-solving capabilities. It showcases one accomplishment from the Laboratory’s ongoing mission and its list of what we call core competencies – work that emphasizes problem-solving on focused areas including:

NETL is proud of Gray’s work, innovation and technology leadership because of its potential to make lives better and further our mission to discover, integrate and mature technology solutions to enhance the nation’s energy foundation and protect the environment for future generations. You can count on us to bring you more examples.