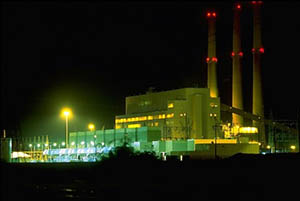 There’s more to October than falling leaves and candy. October is National Energy Awareness Month, a time to recognize American innovation and progress toward our nation’s energy independence.

National Energy Awareness Month is when we acknowledge the importance of responsible environmental protection, being mindful of our energy use and renewing our commitment to safeguard the nation’s energy security. NETL is proud to contribute to these important goals and to reflect on some of the successes we’ve achieved and to recount the benefits those accomplishments bring to the American people.

Carbon capture is an important technology in this endeavor because it offers renewed vitality for our nation’s fleet of coal-fueled power plants. The NETL-managed Petra Nova project is showing how carbon capture technologies, coupled with enhanced oil recovery, can support the long-term viability of coal-fueled power plants. The project was designed to capture more than 5,000 tons of CO2 per day from the W. A. Parish Plant, a coal and gas-fueled power plant southwest of Houston. The captured CO2 is transported to the West Ranch oil field, where it is used to boost oil production via enhanced oil recovery. As of September 2018, approximately 2 million short tons of CO2 has been captured and stored in the oil field, producing approximately 2 million barrels of oil.

Petra Nova is just one example of the carbon capture and storage successes that are possible. Another is the Carbon Storage Assurance Facility Enterprise (CarbonSAFE) initiative, managed by NETL, that identifies sites across the nation where safe, permanent geologic storage of CO2 from industrial sources can occur. In its second phase, CarbonSAFE projects are developing strategies for improved risk assessment and CO2management. The project is also validating tools developed under the U.S. Department of Energy’s National Risk Assessment Partnership, which is also led by NETL.

Our coal-related research does not end with carbon capture and storage research. Rare earth elements (REEs) are another gift that fossil resources can offer with the right research. Used in technologies ranging from national defense tools to personal cell phones, REEs may be found in our nation’s abundant coal resources and coal byproducts. The trick is to extract usable quantities of these valuable elements in a cost-effective manner.

An NETL-managed project underway by the University of Kentucky and private sector partners is recovering REEs at concentrations that significantly exceed DOE’s program goal. The project’s success marks another step closer to a domestic supply of REEs, which will contribute greatly toward our nation’s energy security.

NETL is advancing technologies that enhance extraction and transmission processes associated with safe oil and gas operations. The Lab’s Early Kick Detection tool represents a cheaper, safer drilling technology that enables operators and regulators to make key decisions in real time leading to quick actions that save time and money associated with the prevention of, and response to, “kicks” – a drilling phenomenon that is the first indication a well is becoming unstable. NETL’s innovation helps prevent well blowouts by detecting kicks at the drill bit when they occur, providing a critical time advantage compared to conventional technologies that only detect kicks at the wellbore surface.

Another technology, NETL’s solid-state electrochemical sensor, can decrease leakage from natural gas pipelines. The advanced sensors can simultaneously monitor the water content and the corrosion rate of pipeline material. The new tool will enable internal corrosion on natural gas pipelines to be located and quantified, representing a marked improvement in leak monitoring.

These are just a few examples of the breakthroughs and discoveries coming from our Lab that support home-grown energy initiatives, stimulate a growing economy, and improve the health, safety and security of all Americans. I’m proud to share this work with you, in recognition of National Energy Awareness Month.

As Acting Director of NETL, Sean I. Plasynski, Ph.D., builds on an extensive background in energy as he leads NETL in its mission to enhance the nation’s energy independence and protect the environment for future generations. For more information about Sean Plasynski's experience, please click here.