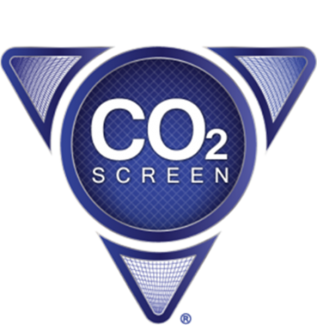 As countries around the world mobilize to battle climate change, a growing number of organizations, institutions of higher education and governments from more than 90 nations including Norway, Spain, France, South Korea, India, Australia, Mexico and the United Kingdom are turning to a user-friendly, yet sophisticated tool developed by a team of NETL researchers to estimate the feasibility of storing captured carbon dioxide (CO2) in underground geological environments.

Capturing the CO2 that is produced when carbon feedstocks are used in industrial applications before it enters the atmosphere and storing it underground is known as carbon capture and storage (CCS). CCS is seen as a cost-effective way to reduce emissions and address climate issues and a key in attaining the U.S goal of a net-zero carbon-emissions economy by 2050.

According to the International Energy Agency, formed in 1974 to implement an international energy program, depleted oil and gas fields and deep saline formations are most attractive for CO2 storage. These resources are layers of porous rock underneath a layer of impermeable rock that acts as a seal. This “cap-rock” traps the injected CO2.

The ability to accurately predict the CO2 storage capabilities in geologic formations is critical for leaders around the world to make high-level, energy-related government policy and business decisions.

NETL created the CO2-SCREEN to provide a robust, user-friendly tool to estimate CO2 storage efficiency in a variety of geological environments, including saline formations, shale formations, and residual oil zones. CO2-SCREEN is available on NETL’s online at https://edx.netl.doe.gov/dataset/co2-screen.

“Geologic formations found deep underground offer promising repositories for safe and effective storage of large volumes of anthropogenic CO2,” said Angela Goodman, Ph.D., who developed the tool with NETL colleagues Sean Sanguinito, Foad Haeri, Grant Bromhal and Eugene Myshakin. “However, subsurface geologic systems are variable and often poorly characterized. The scarcity of appropriate data makes it difficult to know with certainty how a system will respond to large‐scale injection and storage of CO2. That’s where CO2-SCREEN comes in.”

CO2-SCREEN is a software tool that is coded in Python with a Java-based graphical user interface. CO2-SCREEN applies user entered data into embedded CO2 storage equations (developed by the Department of Energy) and uses Monte Carlo simulation to calculate probability estimates for prospective CO2 storage capacity. A Monte Carlo simulation is a computerized mathematical technique that allows researchers to account for risk in quantitative analysis and decision making.

Goodman explained that “one of the key features of CO2-SCREEN is that it can perform storage calculations using very small and very large data sets. It can use averaged data for a single formation or region, or it can handle incredibly large and diverse data sets using a “gridding” feature. CO2-SCREEN also contains embedded efficiency factor ranges that a user can select based different potential storage formations or injection scenarios.”

The importance of this publicly available resource is evident in both the number and prominence of the organizations that have downloaded the tool. Since its creation in 2017, it has been downloaded more than 500 times by organizations in nearly 90 countries around the world to estimate the effective CO2 geological storage potential of almost 800 onshore basins.

The tool is also being used widely by a range of U.S. researchers. For example, Battelle Institute, the University of Texas at Austin, Carnegie Mellon University, Indiana Geological and Water Survey and others have looked to CO2-SCREEN to make planning decisions on underground storage.

NETL’s growing expertise in resource calculations have been welcomed by international users as “intuitive” and “very clear.”

Industry leaders from all over the world have reached out to NETL for discussions of the tool. Their interests include assessing domestic storage potential in various types of storage zones. One group specifically noted how user-friendly CO2-SCREEN is, and how easy it was to implement compared to other analytical methods.