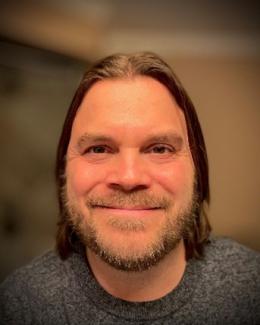 NETL’s Kirschner Keeps Focused on Ways to Expand Efficiency and Use of Electric Vehicles on U.S. Highways

NETL senior project manager Neil Kirschner is locked in on America’s goal of net-zero greenhouse gas emissions by 2050 as he works to help evolve electric vehicle technologies and expand their use on American highways.

Kirschner said the NETL role of supporting EERE is a challenging and rewarding field. EERE’s mission is to accelerate the research, development, demonstration, and deployment of technologies and solutions that can transition America to net-zero greenhouse gas emissions economy-wide, all while making sure the clean energy economy benefits all Americans by creating good paying — especially for communities impacted by energy transition.

Kirschner has had a long interest in cars and, since he graduated from the University of Pittsburgh with a degree in mechanical engineering, a knowledge of NETL’s status as a productive energy-centered national laboratory.

He began his first job after graduation at the Lab as a contractor helping with NETL’s Department of Homeland Security efforts. Before long, he became a federal employee helping with NETL’s work for DOE’s Office of Electricity Delivery and Energy Reliability.

“Soon, I found my way to the Vehicle Technologies team doing work for EERE,” he said. “Already having a life-long interest in and prior experience with vehicles, this was an easy fit. Right away, I learned that there are many opportunities with renewable and alternative fuels.”

Kirschner said he believes that the future of energy efficiencies and renewable energy technologies can be realized through execution of a long list of work in the drive to reduce greenhouse emissions.

“We have a lot of work to do to and renewables will continue to grow as energy sources,” he said. “From a transportation standpoint, we will continue to electrify vehicle components and the vehicles themselves. What the future of the vehicles’ on-board power source looks like may be a mix of batteries, various fuels, or something we haven’t quite figured out just yet. I think no matter what the power source is, more vehicles will rely on electric motors to deliver power to the wheels and other components, especially since we can recover power during braking. Electricity is going to be part of the future of transportation.”

Kirschner said he has only one minor regret.

“Like most car enthusiasts, I will sure miss driving around a manual naturally-aspirated engine, but the new electric and even hybrid electric cars have more instant power, torque, control, and most importantly, they’re more efficient.”

Kirschner said NETL is uniquely positioned to manage an increasing volume of projects in support of EERE.

“We handled many projects under the American Recovery and Reinvestment Act of 2009 (ARRA) for EERE and that demonstrated that we are prepared to assist with incoming work under the Bipartisan Infrastructure Law (BIL),” he said “This will be a rare chance to put some major funding behind very high-impact projects in support of EERE’s mission.

He said NETL has also implemented and managed projects for EERE’s Building Technologies Office by performing research and development work on fuel cells, which will play a key role in the future efforts to provide electricity from fuels such as hydrogen.

Since 2006, Kirschner’s team has also supported of DOE’s Clean Cities program. The mission of Clean Cities is to foster the economic, environmental, and energy security of the United States by working locally to advance affordable, domestic transportation fuels, energy efficient mobility systems, and other fuel-saving technologies and practices.

“There is much work to be done on the power generation and distribution side,” Kirschner said. “I hope we continue to see technologies that focus on efforts that reduce our impact on the environment and secure a clean path for future generations.”