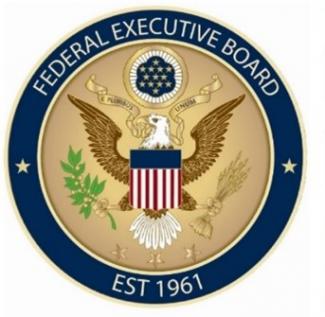 Figueroa, who serves as supervisor of the Carbon Capture Team, also received the Gold Award in the Supervisor/Manager in a Professional Series category.

Operating as a diverse team and utilizing the individual skills of its members, the Carbon Capture Team has succeeded in managing a project portfolio of 120 projects. Under Figueroa’s supervision, the team focuses on maturing technology from early-concept development to market-ready solutions.

Projects include pre- and post-combustion technologies to capture carbon dioxide (CO2), the most prevalent form of greenhouse gas, from industrial sources, as well as projects to develop direct air capture and second-generation solvents, sorbents, membranes and hybrid technologies.

CO2 capture is a key component in achieving the Biden Administration’s goals calling for net-zero carbon emissions in the energy sector by 2035 and the broader economy by 2050. Figueroa and the team are advancing innovative projects to capture CO2 so it can be permanently stored in geologic formations, used as a feedstock to manufacture value-added products and in other applications with a lower carbon footprint.

Shekhawat and his team are completing groundbreaking work to unleash the power of microwave technology to improve chemical conversions and discover new processes to manufacture high-value chemicals, fuels, fuel additives and other products from fossil energy resources.

Technologies to complete this research are housed in the Reaction Analysis and Chemical Transformation (ReACT) facility at the NETL site in Morgantown, West Virginia. Under Shekhawat’s leadership, ReACT is pushing the boundaries of reaction science to deliver innovative energy technologies quickly and at reduced cost.

This signature capability is attracting broad collaboration with other U.S. Department of Energy labs, research universities and technology-driven companies and will serve to position NETL for continued leadership into microwave process phenomena for years to come.

Winners of the 2022 Excellence in Government Awards were announced May 4 as part of Public Service Recognition Week, which is held the first full week of May. NETL’s James Wilson, chief financial officer, served as a presenter for the ceremony, which was held in a virtual format.

The awards recognize outstanding federal employees whose service demonstrates personal and professional commitment to public service and for significant accomplishments, leadership, outreach and impact on the Pittsburgh region and beyond.

The Pittsburgh Federal Executive Board is comprised of more than 100 federal agencies and more than 20,000 federal employees. The board strives to provide effective communications and coordination between federal agencies as well as all levels of government. Its goal is to be a constructive, unifying force within the federal government, as well as the community, by facilitating valuable collaboration.