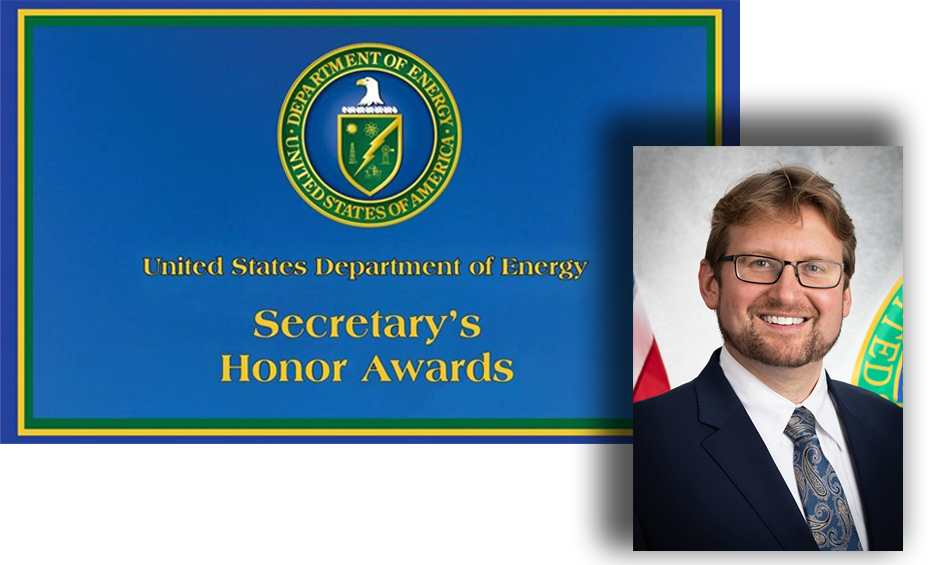 NETL researchers have received three Secretary’s Honor Awards for advancing technologies that have made significant impacts in meeting the priorities of the U.S. Department of Energy (DOE).

Those at NETL who received this prestigious recognition have established themselves as leaders in their respective fields and have made breakthrough discoveries or developed new tools to clean our water and air, lower the environmental footprint of energy production, and create new jobs and industries.

U.S. Secretary of Energy Jennifer M. Granholm recognized the following at NETL for going above and beyond in fulfilling DOE’s mission and serving the nation:

Secretary’s Honor Awards are among the highest department honors a federal employee or contractor can receive. I congratulate our outstanding researchers on their impressive accomplishments and well-deserved recognition.