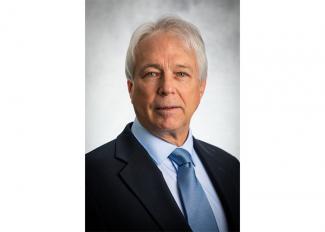 The ASME International Gas Turbine Institute will present Dennis with its 2021 Industrial Gas Turbine Technology Award. He also will receive the ASME Dedicated Service Award during the virtual conference and exhibition, which is set for June 7-11.

The committee of peers that chose Dennis for the technology award noted his leadership of NETL’s Advanced Turbines Program has been instrumental in driving research to deliver clean, reliable power to millions of people around the globe. The program manages a research, development and demonstration portfolio designed to remove environmental concerns associated with the use of coal and natural gas by developing revolutionary, near-zero-emission advanced turbine technologies.

The committee also applauded Dennis for his guidance of the University Turbine Systems Research Program, which addresses scientific challenges and applied-engineering technology issues associated with improving the performance and efficiency of combustion turbines and turbine-based power cycles in fossil fuel power generation.

The Dedicated Service Award recognizes Dennis for his longtime service in various capacities to the ASME. Dennis has held multiple leadership positions in the ASME and will serve as executive conference chair for Turbo Expo 2021. In 2020, Dennis was named a Fellow in the ASME for significant engineering achievements and holds a membership grade of distinction in the society.

Dennis has been among NETL’s most prolific researchers throughout a career that spans more than three decades. From 1983 to 1992, Dennis worked in the on-site research group of NETL where he conducted research related to pressurized fluidized-bed combustion, gasification and gas stream particulate cleanup for advanced coal-based power generation.

From 1993 to 2000, Dennis managed contracted research for the U.S. Department of Energy’s Office of Fossil Energy in advanced fossil fuel power generation, including coal combustion, gasification, fuel cells and gas turbines. He was named a technology manager in 2002.