On July 17, 2015, NETL entered into a Memorandum of Understanding (MOU) with the City of Pittsburgh. The initiative is being carried out by several executive and technical teams consisting of representatives from DOE, NETL, and the City of Pittsburgh. Additionally, a number of regional and local organizations that crosscut industry, private-sector, academia, and foundations are partnering in the work being performed under the MOU including: the University of Pittsburgh’s Center for Energy, Carnegie Mellon University (CMU), Duquesne Light Company, SmithGroup, RAND Corporation, Allegheny County, Buro Happold, SFPE Foundation, Forest Hills Borough, and Pittsburgh Quantum Institute (PQI). The scope of the activities under the MOU will support Pittsburgh’s efforts to modernize its energy grid through a network of small-scale, distributed energy systems that will:

Having communities organized into districts that are served by locally produced, low-carbon power, can boost reliability and efficiency while significantly reducing environmental impacts in comparison with the traditional method of having power pulled from the larger older generation and distribution grid that is fed by distant power plants and long-range transmission lines. The city is uniquely positioned to implement a network of microgrids because of the topography of Pittsburgh and its preexistent distributed energy sites.

If successful in Pittsburgh, the new energy system will have a variety of benefits for energy generation and distribution including increased reliability, improved economics, enhanced security, improved environment, and accelerated innovation. The concept could serve as a model for other cities adapting to the challenges of a changing energy paradigm and establish the city as a global leader in energy innovation and technology demonstration and deployment. The challenge ahead is to organize those existing distributed energy systems and help them interconnect through new “energy districts” within the city. 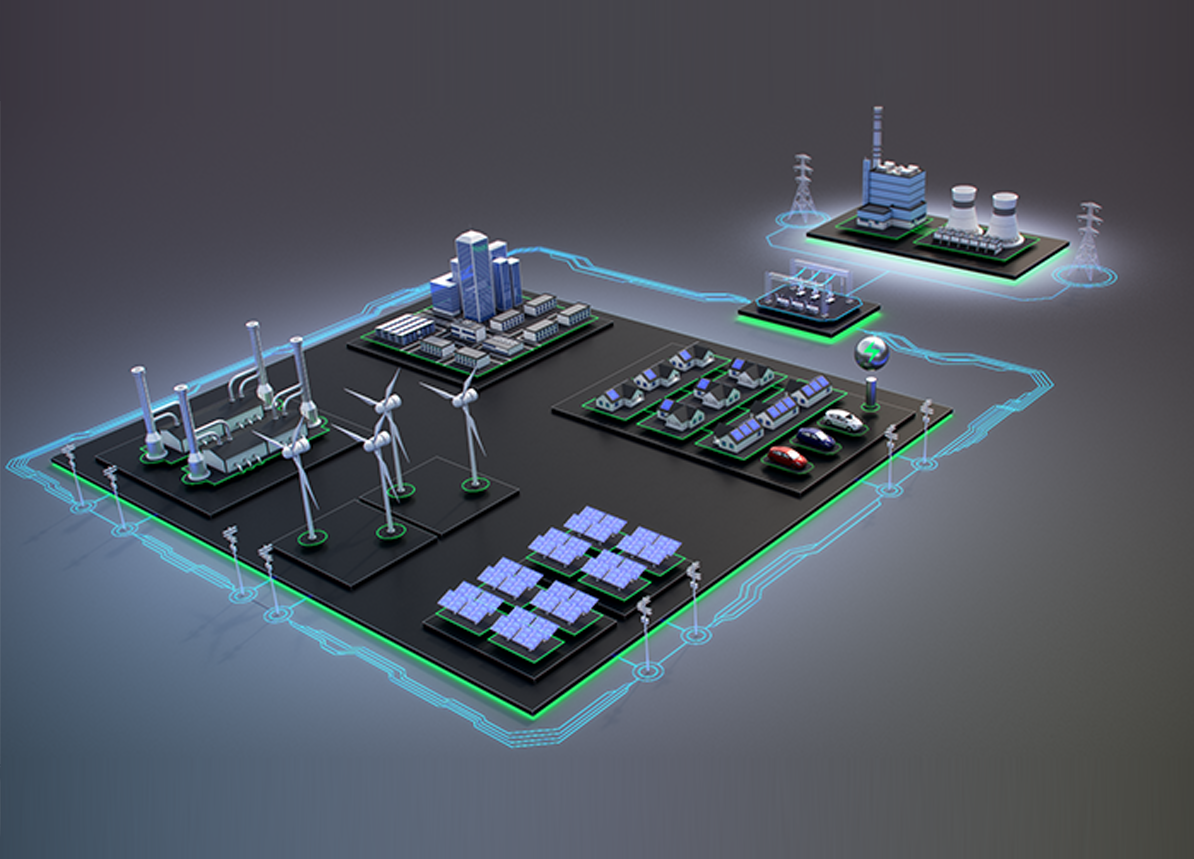 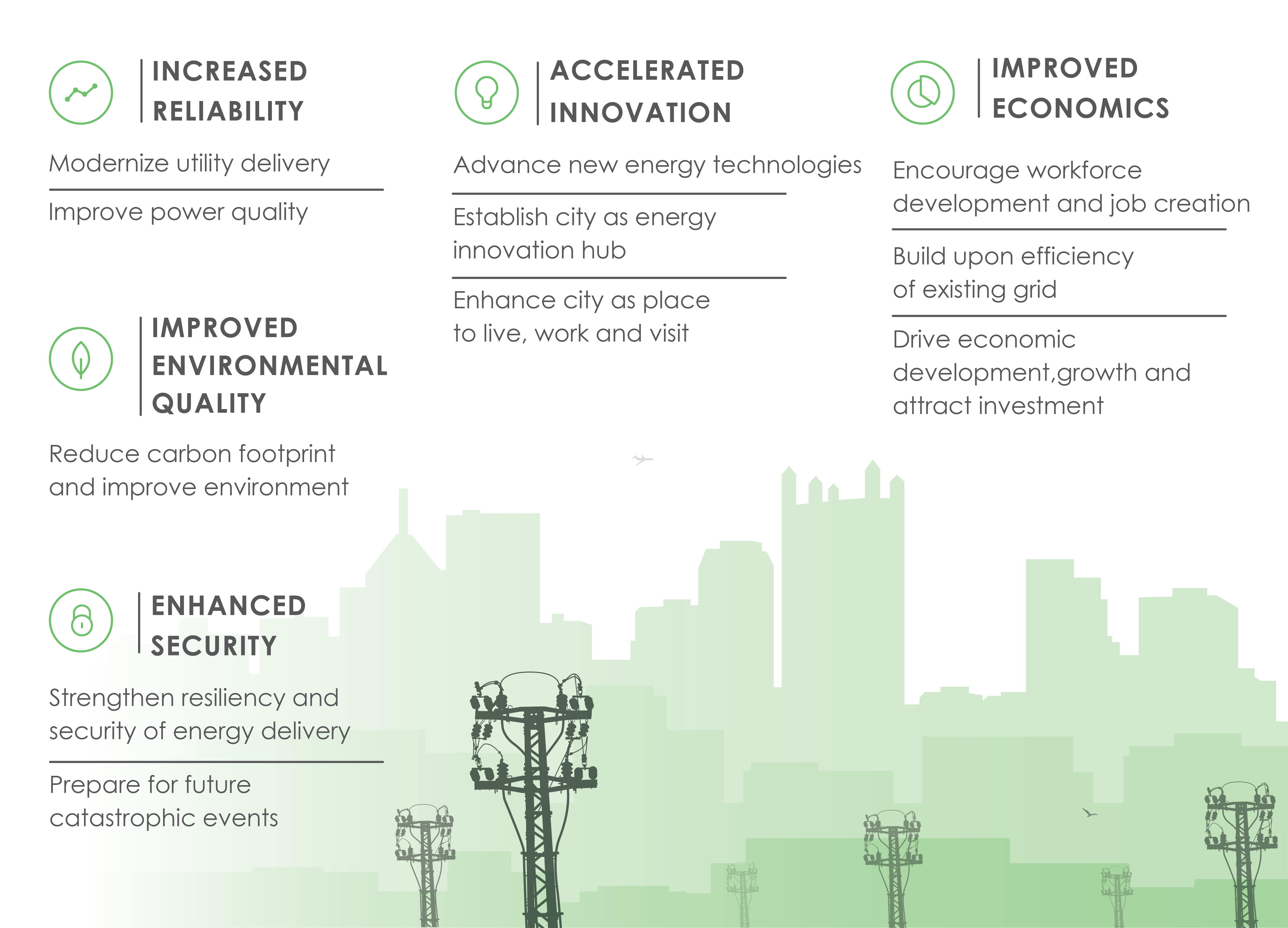 The five existing distributed energy systems that the City and NETL see as energy districts that could serve as a spine for future network of microgrid development are:

In addition, the City is in various stages of developing four new distributed energy /microgrid projects:

By assisting Pittsburgh with the initiatives associated with the MOU, focused on making Pittsburgh a Clean Energy City of the Future, NETL is helping to fulfill its mission to discover, integrate, and mature technology solutions to enhance the nation’s energy foundation and protect the environment for future generations. 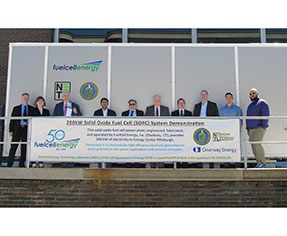 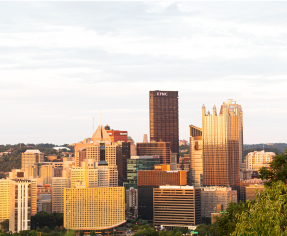 Pittsburgh 2013 Energy Baseline: Consumption, Trends & Opportunities was published March 28, 2017. The following is the scope of the report: 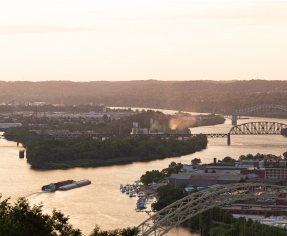 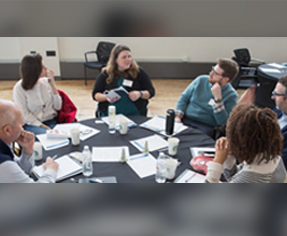 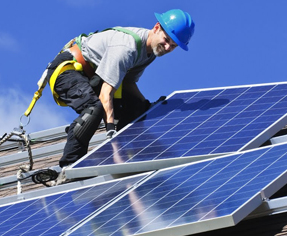 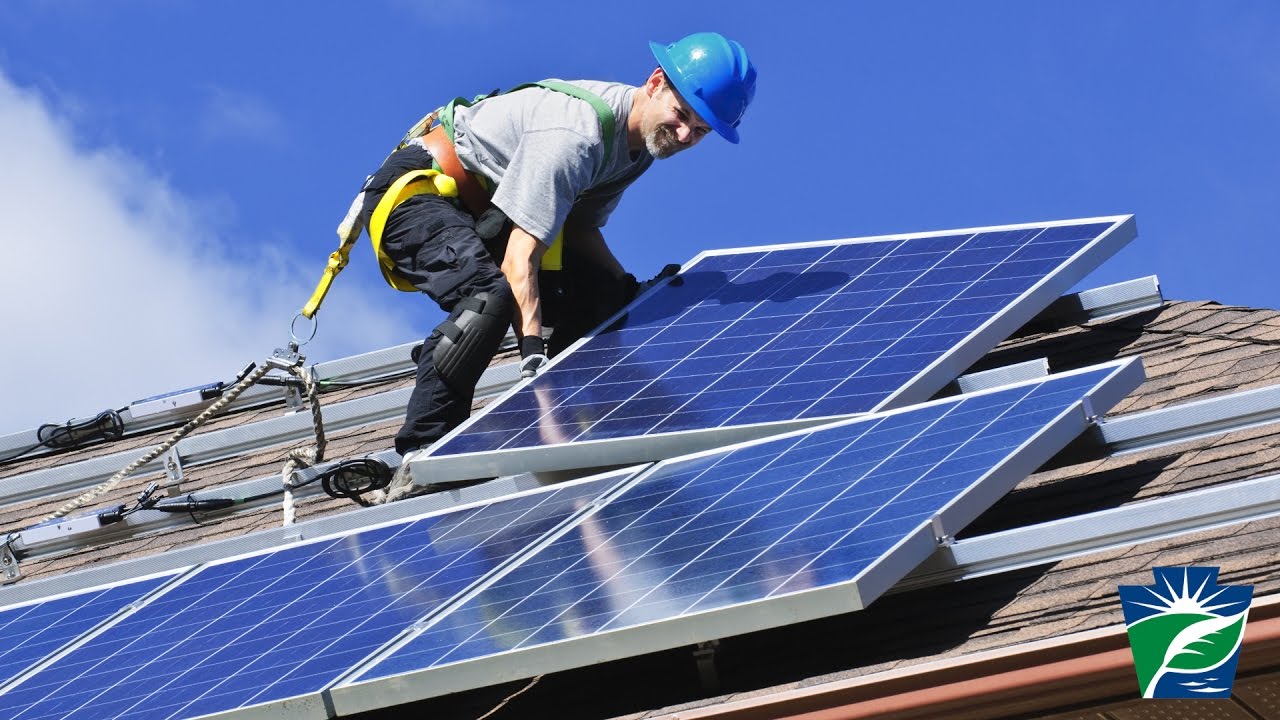 The Goal: Identify specific strategies to increase in-state solar-powered electricity generation by 10% by the year 2030

15 Strategies to Get to 10% of Electricity from Solar

The “Finding Pennsylvania’s Solar Future” project group identified 15 strategies that, if implemented, will enable Pennsylvania to get 10% of its electricity from in-state solar energy.
Seven strategies incorporate development of both grid-scale and distributed systems. Eight strategies are specific to either distributed or grid-scale solar development. The list isn’t meant to be exhaustive, and strategies can be combined to create many pathways to 10%.

Learn more about development of the Strategy Support Guide 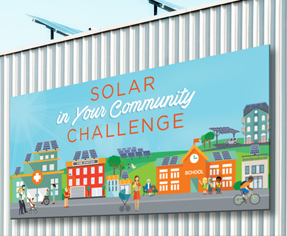 DOE Sunshot: Solar in Your Community

DOE Sunshot: Solar in Your Community

The DOE Office of Energy Efficiency and Renewable Energy (EERE) provided prize money through the Solar in Your Community Challenge to low-to-moderate income communities for developing community-based solar projects that have high potential for replication. NETL investigated opportunities and sought funding and technical assistance for these projects in collaboration with several nongovernmental organizations, the City of Pittsburgh, and other MOU partners. NETL, the City of Pittsburgh, and other local and regional partners are investigating opportunities for community solar projects. 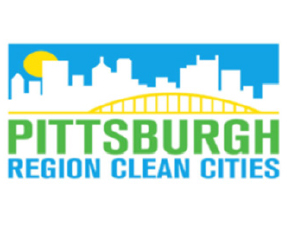 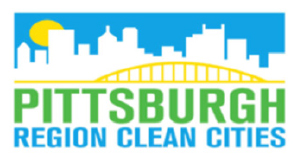 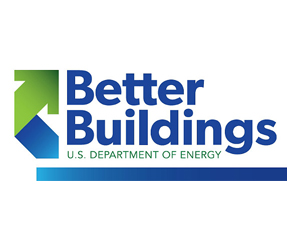 The Better Buildings Initiative is a national leadership initiative that makes commitments to improve the energy efficiency of their buildings and plants, save money, and increase competitiveness.

Leaders involved in the Better Buildings Initiative include:

Work being done so far through the Better Buildings Initiative includes: 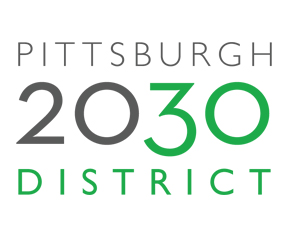 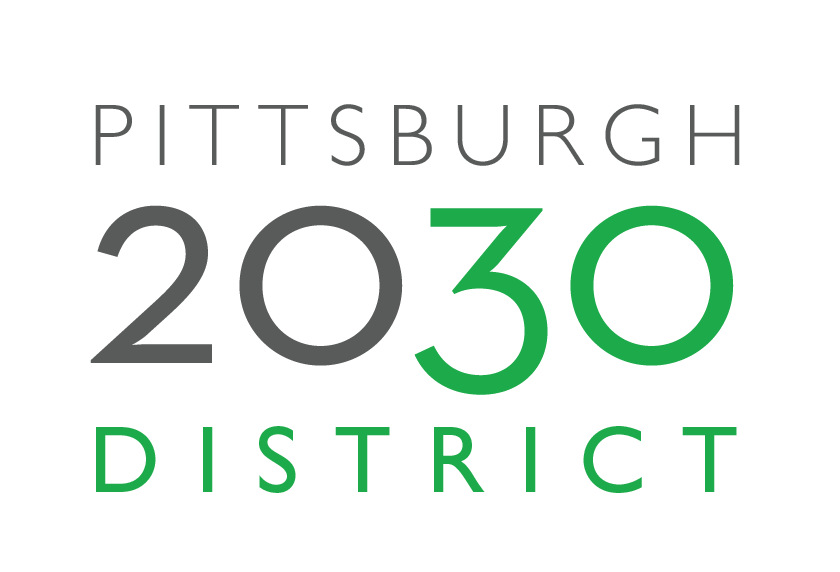 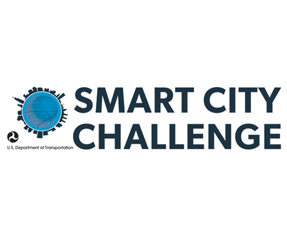 While Columbus, Ohio, won the Smart City Challenge in July 2016, Pittsburgh was awarded $10.9 million under the Fixing America’s Surface Transportation (FAST) Act to create “smart spines” that will collect data through a network of sensors to help balance traffic through the city, improving regional transportation. Plans call for development of a full range of diverse transportation elements that improve air quality, develop new manufacturing related to smart traffic signals and traffic devices, and help to facilitate electric vehicle use. Powering of the city’s electric vehicles would be accomplished through locally-sourced distributed energy that would be developed under the MOU. 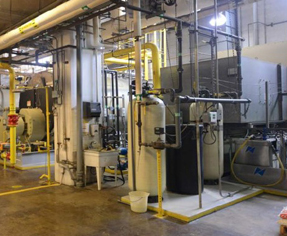 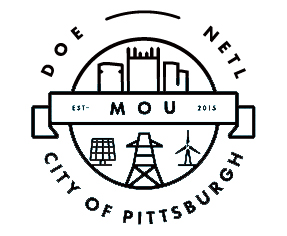 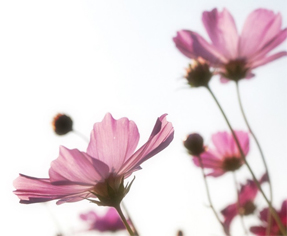 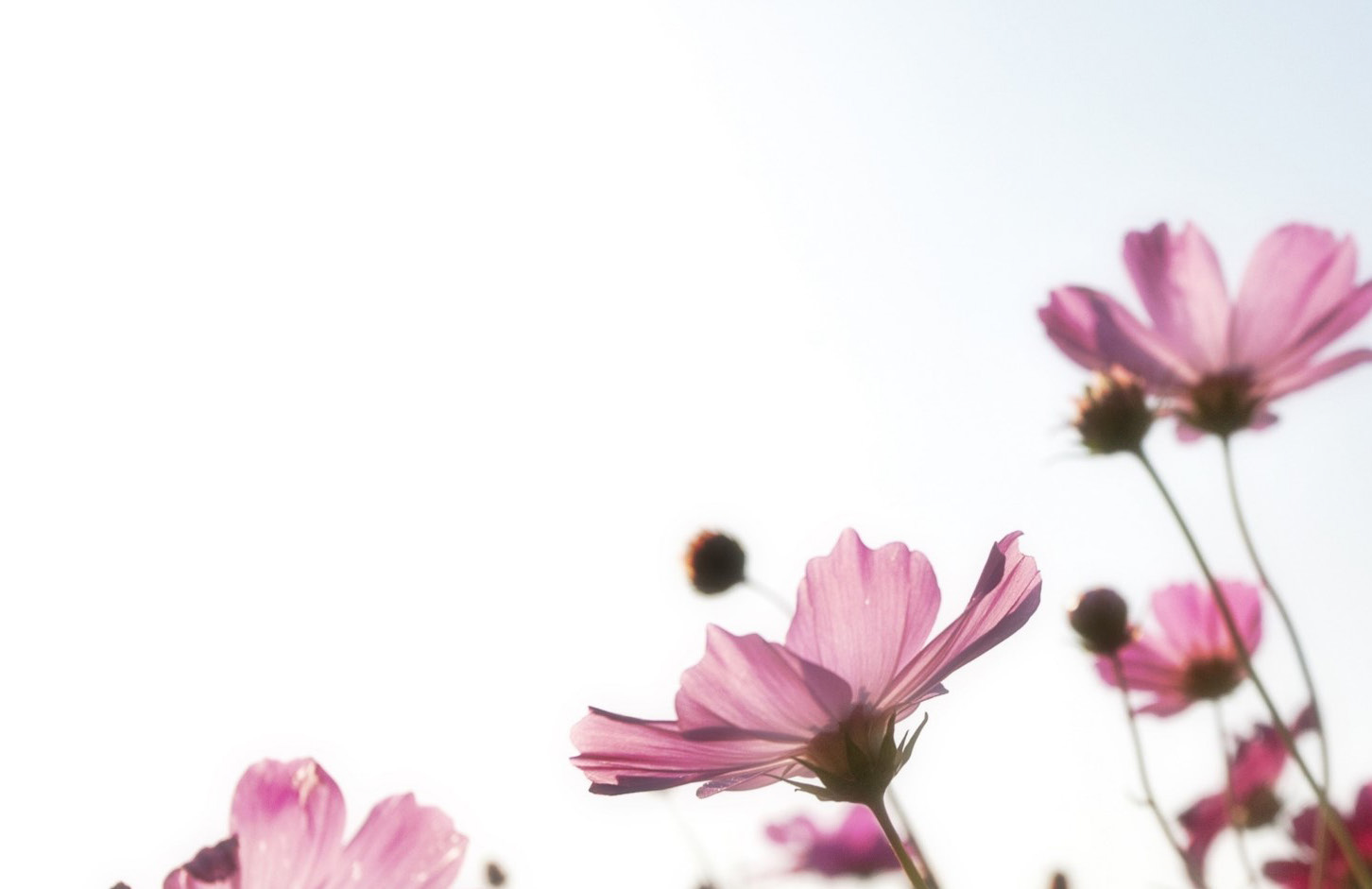 Field Test at Pittsburgh Botanic Garden, formerly an Abandoned Mine 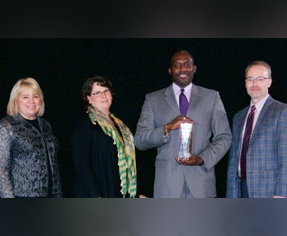 NETL envisions that this collaboration can serve as a model for other collaborations between the Department of Energy (DOE) National Laboratories and cities.

This collaboration has received regional and national recognition for its successful collaboration between state and local economic development groups and federal laboratories for economic benefit.

Awards received by this collaboration include: