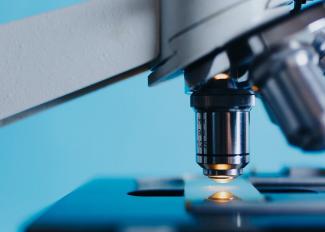 Female Researchers at NETL Lead Next Generation of Innovators

As the world enters a new decade, change is on the horizon — especially in science, technology, engineering and math (STEM).

According to Forbes, women in the U.S. currently earn the majority of bachelor’s degrees; however, they are underrepresented in fields such as computer science, engineering and mathematics. Additionally, women who earn science and engineering degrees often do not go on to careers in those paths.

Closing the gap and ensuring equal female representation in science careers is important in generating new solutions to the nation’s technology challenges. NETL is greatly benefited by the contributions of its many female employees who perform outstanding work and serve as role models for future female leaders in STEM.

From managing a wide number of NETL projects to discovering the next breakthroughs in energy technology, read about three women who are making a difference in the science and engineering community below.

Prior to joining NETL, Burke held positions at the National Metal and Materials Technology Center of Thailand, Technology Management Inc. in Cleveland and AMI DODUCO in Pittsburgh. She also held several leadership positions at the Institute of Electrical and Electronics Engineers’ (IEEE’s) Pittsburgh section, including three consecutive years as chair of Women in Engineering.

Burke was born into a lower middle-class family and her parents had little formal education. “I was blessed and fortunate to have parents who understood the necessity and importance of education in raising me,” she said.

Burke chose to study engineering and follow a STEM career path because she knew many opportunities would be available to her upon the completion of her degrees. As a technical project coordinator at NETL, she currently manages projects in the Advanced Energy Systems directorate, which involves identifying and developing relationships with stakeholders for important technologies related to turbines and materials in SOFCs. Seeking out and maintaining these professional relationships and managing projects are key in ensuring the technology’s eventual commercialization and use in today’s power plants.

“I think it’s important for people to realize that studying or working in STEM does not require genius or higher-than-average intelligence. You just have to be curious about how things work, why something works or fails and how things can be improved.”

Jessica Mullen, Ph.D., doesn’t remember a time in which she wasn’t interested in science and mathematics.

“Based on my interests when I was younger, teachers and guidance counselors pointed me toward engineering. I did not know anyone who was in a scientific or engineering career, so I followed the guidance given to me and figured it out as I went along.”

Mullen began her career at NETL as a post-doctoral researcher in the Oak Ridge Institute for Science and Education (ORISE) program working on a sensor that would measure natural gas composition in real time. She is now the technical monitor for a variety of research and development projects that are externally funded by NETL. These projects include advanced sensing technology that will survive in harsh environments; separation of rare earth elements and critical minerals from coal acid mine drainage; and improvements to power plant wet cooling towers that will reduce the total water consumed, among many others. She has also served as a mentor for a Mickey Leland Energy Fellowship (MLEF) fellow and enjoys being active in STEM outreach.

Mullen urges girls considering STEM careers to stay inquisitive. “Explore the things you are curious about. Ask questions and find a way to keep learning about everything. There is a whole world to explore, and every day is filled with new things to learn.”

Circe Verba, Ph.D., came from rural Oregon with a passion for astronomy and geology. She had a desire to understand the world around her from a young age, which led to pursuing her bachelor’s and master’s degrees in planetary geology.

“Geology is a multidisciplinary field and has enabled me to study a variety of topics, from Martian dust devils to the microscopic properties of natural and engineered media,” Verba said.

After working on projects run by NASA during her undergraduate and master’s degrees, she developed a strong skillset in geology, mineralogy and image analysis. She further expanded her knowledge while in the ORISE program in electron microscopy, which uses beams of electrons to provide highly magnified images of a surface to discover its properties. She later earned her Ph.D. in geology and civil engineering at the University of Oregon.

Since then, Verba has worked on carbon storage and rare earth element projects at NETL, which seek to reduce harmful atmospheric emissions and secure elements critical in developing the world’s leading technologies. She has also served as a mentor for several ORISE research associates and MLEF fellows to pass along her knowledge to future researchers in the field.

On top of her regular research, Verba is a self-proclaimed “STEMinist” who advocates for women’s participation in STEM degrees and career paths. She involves herself in the local community to share science learning with the next generation.

“Hold onto your curiosity,” Verba says to girls who are interested in STEM. “All girls have a voice that deserves to be heard, and together we can shatter the glass ceiling. We can make the change to leverage unique perspectives and build a more diverse world.”