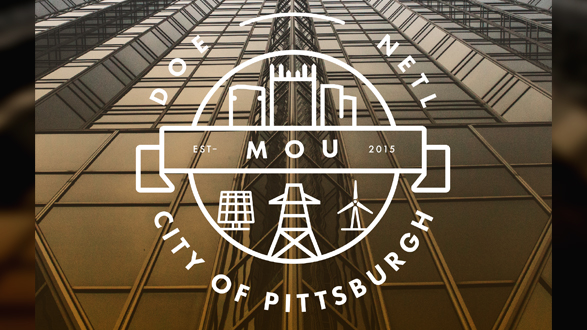 The United States (U.S.) Department of Energy (DOE) and the National Energy Technology Laboratory (NETL) are working in conjunction with the City of Pittsburgh (City) to transform how energy is produced, transported, and consumed in the City. This transformation will rely on 21st Century Energy Infrastructure designs, which leverage advanced technology and design techniques to modernize energy infrastructure, create new business models and markets, and expand technology research and development opportunities.

Achieving this vision will require developing solutions that are unique to the City: its climate, topography, energy needs, resources, and existing infrastructure. In this way, the City will demonstrate what the American “City of the Future” looks like, with all its attendant environmental, economic, and job-creation benefits. It will also serve as a template for other cities seeking to reinvent their energy systems.

The first step in the process of transforming the energy landscape of a metropolitan area is understanding current usage patterns, e.g., how much energy is used by what sector, seasonal variations in usage, and what types of fuel types are used. Analyzing these metrics serves three purposes:

Following this approach will foster the development of systems that meet the unique needs of a metropolitan area at the lowest cost, and with the greatest impact. Furthermore, implementing these solutions can serve as a proof of concepts that results in additional deployments in nearby locations.

Analyzing the electricity and natural gas consumption data for the City and the surrounding region found the following:

In addition to the above findings, several regions within the City were identified as high energy usage areas. In some cases, these areas are contiguous, and constitute a significant portion of total usage. Some examples include:

These geographic areas represent opportunities for energy usage reduction. In some cases, action is already being taken through the development or updating of energy districts in these areas or initiatives such as Pittsburgh 2030 District, although an increased focus may be warranted.