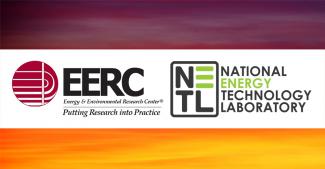 NETL Deputy Director Randall Gentry, Ph.D., and NETL researcher Grant Bromhal, Ph.D., will represent the Laboratory at the 4th Annual Partnership Summit hosted by the University of North Dakota Energy and Environmental Research Center (EERC) and the EERC Foundation May 20 and 21 in Grand Forks, North Dakota.

The event is designed to bring together experts from all energy sectors, along with legislators and state officials, to discuss critical energy topics. Gentry and other NETL experts will discuss the Laboratory’s role in using domestic resources to power the nation’s homes, industries, businesses, and transportation economically, while protecting our environment and enhancing our energy independence.

Gentry has more than 20 years’ experience in environmental science and engineering with a focus on water resources. He came to NETL after serving as Deputy Division Director of the Argonne National Laboratory’s Environmental Science Division. He has also served as an associate editor of the Journal of Hydrologic Engineering and was a tenured faculty member at the University of Tennessee for more than 9 years. He has also served as the President and CEO of the University of Tennessee Research Foundation and Director of the University’s Institute for a Secure and Sustainable Environment.

Bromhal, a petroleum engineer, is a research group leader for NETLs sequestration, hydrocarbons and related programs.

EERC was officially founded in 1951 as the Robertson Lignite Research Laboratory, a federal facility under the U.S. Bureau of Mines that was defederalized in 1983, when it became part of University of North Dakota. Since its defederalization, the EERC has evolved to conduct research on all fossil fuels, as well as renewable and alternative fuels. EERC is recognized as one of the world's leading developers of cleaner, more efficient energy and environmental technologies to protect and clean air, water, and soil.

NETL, which was also created as a Bureau of Mines research facility, is the only U.S. Department of Energy national laboratory dedicated to fossil energy research. NETL and EERC have a long history of collaborating on important energy research projects.

For example, in 2016, EERC worked with NETL to improve assessment methods for estimating the storage capacity of carbon dioxide in tight shale formations. NETL and EERC have also teamed on projects to improve enhanced oil recovery, develop gasification technologies for coal and biomass, and create a mercury information clearinghouse.