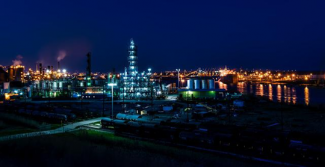 NETL has published “Cost of Capturing CO2 From Industrial Sources,” an update to an original 2014 study that examines the costs of retrofitting a variety of industrial processes with state-of-the-art carbon dioxide (CO2) capture systems. The report is accompanied by NETL’s Industrial Sources Carbon Capture Retrofit Database (CCRD), a tool that allows users to estimate the cost of capture for a given industrial plant or an entire industrial sector, using either study assumptions or user inputs. These analyses and tools are of considerable importance given major initiatives to decarbonize the economy by 2050, a priority goal of the Biden Administration.

Even in the absence of any regulatory driver, several of the industries evaluated, such as ethanol or ethylene oxide production, already require separation of CO2 as part of routine practice to generate a purified product. In these cases, the incremental cost of decarbonization is minimal, because the separation of a high-purity CO2 stream is already integral to the process. For the nine specific sectors evaluated in the study, the high-purity cases tended to be in applications not responsible for the majority of domestic CO2 emissions generated from industrial sources.

The majority of the industrial sector CO2 emissions in the United States among the industries considered in this study come from those that do not routinely separate CO2 to generate purified products, but instead emit a gas stream that is relatively dilute in CO2. In general, high degrees of separation of any constituent in a mixed gas stream become more challenging (and expensive) as that constituent becomes more dilute. Therefore, the analyzed industries having the greatest contribution to domestic CO2 emissions are those that are likely to be most expensive to decarbonize, as they produce gas streams dilute in CO2.

“Studies like this play a crucial role in our efforts to help the country transition to a decarbonized economy, which includes addressing CO2 emissions from industry in addition to power generation and transportation,” said Eric Grol, NETL chemical engineer. “The study and the CCRD tool will be used by industry to identify and better understand project opportunities in the context of the various incentives that exist – such as the 45Q carbon oxide sequestration credits - as they pursue decarbonization.”