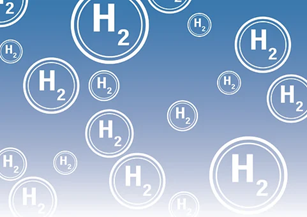 NETL, through its research on hydrogen production, transportation, storage and use, is playing a critical role in U.S. Department of Energy (DOE) efforts to put hydrogen on the front lines of efforts to attain net-zero carbon emission goals in the power sector by 2035 and the broader economy by 2050, while meeting DOE’s Hydrogen Shot goal of $1 per 1 kilogram in one decade.

According to DOE, if the Hydrogen Shot goals are achieved, scenarios show the opportunity for at least a five-fold increase in clean hydrogen use. A U.S. industry estimate shows the potential for 16% carbon dioxide emission reduction by 2050, $140 billion in revenues and 700,000 jobs by 2030.

Hydrogen is an alternative fuel that has very high energy content by weight. Hydrogen consists of only one proton and one electron, and it is an energy carrier, not an energy source. Hydrogen can store and deliver usable energy. NETL’s hydrogen research covers a range of topics associated with the drive to put hydrogen to work to meet the nation’s energy needs.

When used in fuel cells, for example, hydrogen can be used to power buildings, cars, trucks, portable electronic devices and backup power systems. Compared to conventional gasoline vehicles, fuel cell vehicles can reduce carbon dioxide (CO2) by up to half, if the hydrogen is produced by using natural gas, and by more than 90%, if the hydrogen is produced using renewable energy resources.

There are also no pollutants emitted from vehicle tailpipes — just water. In addition, because fuel cells can be grid independent, they are attractive for critical load functions like data centers, telecommunications towers, hospitals, emergency response systems and even military applications for national defense.

Fuel cell and electricity generation applications for hydrogen research are just part of NETL’s overall hydrogen effort. NETL Director Brian Anderson, Ph.D., said a hydrogen future is about more than energy alone because it can help clean up sectors of the economy that are difficult to decarbonize.

At a presentation at the Massachusetts of Technology, Anderson said, “When paired with carbon capture projects, hydrogen power — sourced from our country’s vast fuel resources — presents exciting opportunities to decarbonize power plants and industrial facilities that produce cement, steel and other industrial products.”

Research Partnerships with the Private Sector

One major way NETL pursues research to make hydrogen a more available and effective fuel for electricity generation is through support of private sector research on advanced technology solutions. For example:

Hydrogen doesn't typically exist by itself in nature and must be produced from compounds that contain it. It is locked up in enormous quantities in water, hydrocarbons, and other organic matter.

According to DOE’s Alternative Fuels Data Center, hydrogen can be produced from domestic resources like fossil fuels and biomass, as well as from water electrolysis. The environmental impact and energy efficiency of hydrogen depends on how it is produced and where it comes from.

The production of hydrogen currently relies on steam methane reforming, which is energy intensive and releases CO2. NETL is supporting research to explore alternative pathways of hydrogen production, including via methane pyrolysis, which directly converts methane into solid carbon and hydrogen gas.

The Laboratory has conducted an independent assessment of the cost and performance of select hydrogen production plants using fossil fuel resources as the primary feedstocks. The work also noted potential pathways for performance improvements and cost reductions, which are being assessed in a follow-up study to be published soon.

Anderson said funding for hydrogen economy research is growing with $9.5 billion included in the Bipartisan Infrastructure Law, with $8 billion of that dedicated for hydrogen hubs.

“This support demonstrates the success of other projects that have been ongoing for years,” Anderson said. “An example can be seen in one of NETL’s major carbon capture and sequestration projects in Port Arthur, Texas. It is successfully combining carbon capture with steam methane reforming to produce hydrogen. For a single production stream, the project can capture over 90% of the carbon for production of clean hydrogen. The project has captured over seven million tons of CO2 since 2013. This is but a sample of what can happen when we all work toward a common goal.”

Global efforts to decrease CO2 emissions will result in increased reliance on renewable energy sources. One of the most significant obstacles to implementing this transition is the need for energy storage to compensate for varying, and sometimes intermittent, production rates and ever-increasing demand. An attractive solution is to use surplus renewable energy and water to produce hydrogen via electrolysis, which can then be used to produce energy on demand without emitting CO2.

NETL has undertaken key research on hydrogen storage issues. Storage is often listed as a barrier or challenge to widespread use of hydrogen. While there has been much discussion over the need for storage associated with vehicles and refueling, another storage challenge is the need to safely store large quantities of hydrogen for later use. NETL researchers are engaged in discovering the feasibility and challenges of underground geologic storage of hydrogen to meet future energy needs.