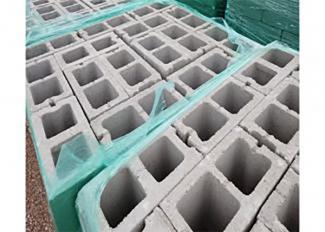 A University of California, Los Angeles (UCLA) technology developed in partnership with NETL won the grand prize in the prestigious NRG COSIA Carbon XPRIZE global competition for the development of an eco-friendly process that infuses a revolutionary concrete with carbon dioxide (CO2) emissions directly captured from power plants and other industrial facilities.

UCLA’s CarbonBuilt team was awarded the grand prize on April 19 and will receive $7.5 million in the competition’s track for technologies related to coal-fired power generation. UCLA’s entry was one of 47 submissions from 38 teams in seven countries. UCLA was named one of the 10 finalists in October 2017.

“On behalf of all at NETL who are working diligently on carbon capture, storage and utilization initiatives, I congratulate our partners at UCLA and look forward to future collaborative endeavors,” Anderson said.

DOE’s Carbon Utilization Program, which is managed by NETL and provided funding for the winning project, supports development of technologies to transform CO2 and other carbon byproducts and wastes into valuable products in an efficient, economical and environmentally friendly manner. UCLA’s CarbonBuilt team successfully demonstrated a process to create concrete masonry units (CMUs, or concrete blocks) utilizing CO2 from power plant flue gas without the need for a carbon capture step.

The team was recognized for having the best demonstration project, as well as for the product’s technology and market advantages. In the competition’s final demonstration at the Wyoming Integrated Test Center, the team successfully sequestered nearly three tonnes of CO₂ into more than 10,000 concrete blocks as they cured. According to researchers, each concrete block stores about three-quarters of a pound of CO2 — a significant amount considering an estimated 1 trillion concrete blocks will be produced annually by the year 2027.

The UCLA technology is a unique carbonation process known as mineralization, which transforms gaseous CO2 from power plant flue gas and other sources into stable carbonate solids that bind the components in the concrete. “The resulting blocks can be used in the same construction applications as traditional concrete blocks made with ordinary Portland cement (OPC),” said Andrew Jones, who has managed the project for NETL.

UCLA also completed field testing of its novel concrete production system at the National Carbon Capture Center (NCCC), a facility sponsored by DOE and NETL, on March 24. During the NCCC testing, a total of six cement batches were produced (four using coal flue gas and two using natural gas flue gas) to produce more than 5,000 concrete blocks. While data analysis is still underway, the project demonstrated an average of 75% CO2 utilization, which is similar to the results from testing at the Wyoming Integrated Test Center.

According to Jones, more than 20 billion tonnes of concrete are produced each year. “Concrete is cheap, abundant and resilient, but the manufacture of OPC that traditionally binds the mixture creates approximately 10% of all global CO2 emissions,” Jones said.

The competition included two tracks, the Wyoming track, which focused on the conversion of emissions from the coal-fired Dry Fork Station at the Wyoming Integrated Test Center in Gillette, Wyoming, and the Alberta track, which used emissions from an adjacent natural gas-fired plant at the Alberta Carbon Conversion Technology Centre in Calgary. The winning teams, one from each track, converted the most CO2 into products with the highest value, while minimizing their overall CO2 footprint, land use, water use and energy use.