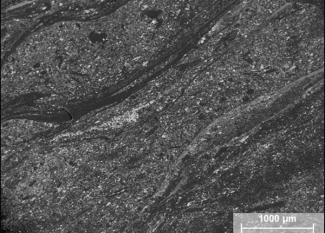 NETL-supported research at Virginia Tech has been recognized by the American Energy Society (AES) as one of the top energy and technology developments of the year for its game-changing economic potential to supply the United States with a steady domestic source of vitally important rare earth elements (REE).

The project, titled “Development of a Cost-Effective Extraction Process for the Recovery of Heavy and Critical Rare Earth Elements from the Clays and Shales Associated with Coal,” was chosen by AES as one of the energy technologies of the year in its 2020 Energy Awards. Judges found the project was one of the three “most interesting energy-tech developments of 2020,” with respect to the projected fastest-to-market and long-term impact.

AES recognized Virginia Tech’s research as a step forward in developing a domestic supply chain of rare earth elements, which are vital to the manufacturing of personal electronics, energy infrastructure and defense technologies, among many other high-tech applications.

Due to their unique properties, REE are essential in a variety of consumer goods, energy systems, and defense applications, and cannot be substituted. Generating a domestic supply chain has become top priority for the U.S. Department of Energy.

The technologies involved in this process leveraged simple ion-exchange leaching techniques already in use by industry to extract REE from coal refuse material found throughout the Appalachian region, namely in shales and clays. The Virginia Tech team focused on modified leaching lixiviants, a novel liquid material, instead of acids commonly used to concentrate and extract REE. Lixiviants are liquid media used in hydrometallurgy to selectively extract the desired metal from the ore or mineral. It assists in rapid and complete leaching, in this case extracting valuable REE from coal refuse.

“The Virginia Tech team has been hard at work refining its extraction process to make it more economical and attractive for investors on a large scale, and this AES award serves as further proof of potential viability,” Anthony Zinn, NETL federal project manager said. “This project offers several benefits regarding domestic REE production. For example, using modified leaching lixiviants would be far less hazardous than strong acids that are generally used to extract REE from solid feedstocks, which means safer operating environments for workers, and easier storage and disposal than acids.”