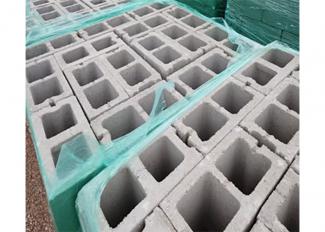 In a collaboration between the U.S. Department of Energy (DOE) Office of Fossil Energy’s (FE) National Energy Technology Laboratory (NETL) and the University of California, Los Angeles (UCLA),  more than 1,200 hours of field testing was completed at the Wyoming Integrated Test Center (ITC), successfully demonstrating a process to create concrete masonry units (CMUs, or concrete blocks) using carbon dioxide (CO2) from power plant flue gas without the need for a carbon capture step. This demonstration is a success for the Carbon Utilization Program and illustrates the potential of a utilization technology to supply a large market with low-carbon concrete products while simultaneously reducing power plant CO2 emissions. 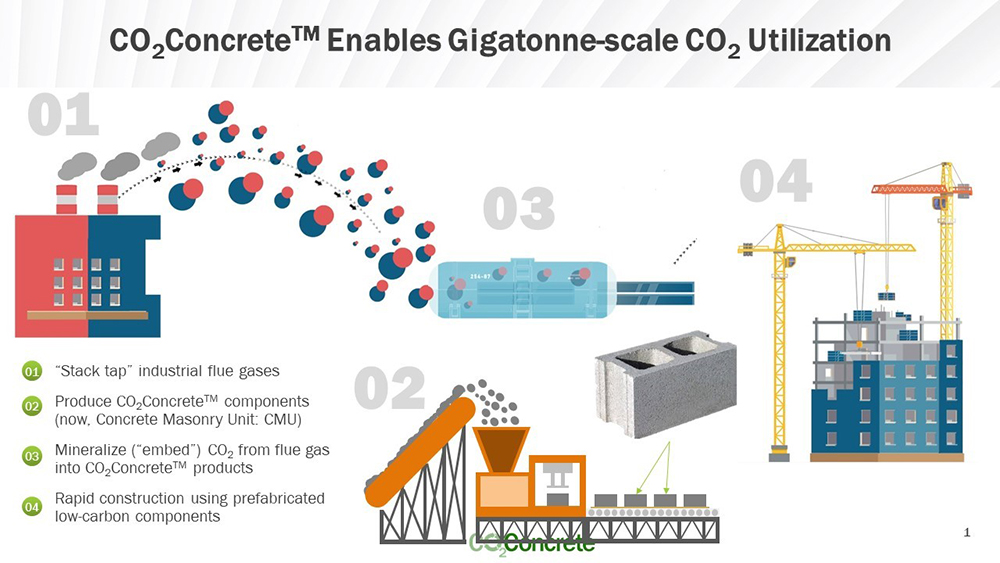 “As the most widely used building material, more than 20 billion tonnes of concrete are produced each year,” Andrew Jones, who manages the demonstration project for NETL, said. “Concrete is cheap, abundant and resilient, but the manufacture of ordinary portland cement (OPC) that traditionally binds the mixture creates approximately 10% of all global CO2 emissions.”

The UCLA technology is helping to mitigate these emissions through a unique carbonation process known as mineralization, which transforms gaseous CO2 from power plant flue gas and other sources into stable carbonate solids that bind the components in the concrete. The resulting blocks, called CO2Concrete, can be used in the same construction applications as traditional concrete blocks made with OPC and tap into the potential global waste-CO2 product market for cements, concretes, asphalts and aggregates, which has been estimated at $1.3 billion by non-governmental organization Carbon180.

“The ITC is located at Basin Electric Power Cooperative’s Dry Fork Station, and during 12 field trials, more than four tonnes of CO2 were removed from the power plant’s coal-combustion flue gas to make 200 tonnes of concrete blocks, equating to about 2% by mass of CO2 uptake per block,” Jones said.

The resulting concrete blocks fulfilled all design specifications, including achieving in excess of 75% CO2 utilization efficiency, using more than 250 kilograms of CO2 per run, and producing products that complied with the ASTM C90 specification of a strength greater than 14 megapascals for structural load-bearing concrete blocks. The ITC demonstration of the CO2Concrete technology was also recognized as a finalist in the NRG COSIA Carbon XPRIZE, which develops breakthrough technologies to convert CO2 emissions into usable products.

“The completion of this successful field testing validates the performance and scalability of the modular process,” Jones said. “The technology is now ready for field trials with other flue gas sources.”

The next steps for the project will be to continue field testing the system at the National Carbon Capture Center (NCCC) in Wilsonville, Alabama, where both coal- and natural gas-combustion flue gas streams will be used in the carbonation process. Further testing at the NCCC aims to potentially refine the system design; further optimize system performance and energy consumption; demonstrate robustness with respect to flue gas, material inputs and environmental conditions; and use a high volume of coal combustion residuals (e.g., coal ash) in the block formulation. UCLA’s technology is being commercialized by a new venture called CO2Concrete.