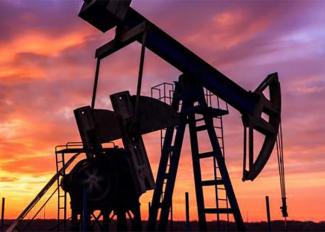 Drilling of a nearly 10,000-foot-deep characterization well in the Paradox Basin of Utah is scheduled to begin in late 2020. The primary goal of this field laboratory supported by NETL is to generate new strategies to efficiently extract oil from unconventional shales in the region. Spudding of the well, or initiation of drilling operations, will take place at the project site located near the community of Green River in Grand County.

The Utah Geological Survey estimates undiscovered recoverable oil reserves from the Cane Creek shale play and other shales in the Paradox Basin of at least 471 million barrels, making the development of these sizable resources an important step to maintain U.S. energy independence.

After it is drilled to a depth of 9,850 feet, the well will be used by NETL and its project partners, including the University of Utah and Zephyr Energy, to study and characterize the regional geology, stress regime and natural fracture networks.

“The information will help us devise optimal stimulation practices to enable more effective and efficient production of the Paradox unconventional oil play, which has the potential to be an important economic resource to meet the nation’s growing energy needs,” said Stephen Henry, project manager and a member of NETL’s Unconventional Oil & Gas Team.

The well will be used to collect core samples, images and other information to develop fracture network and geomechanical models needed to predict the occurrence of natural fractures and faults, as well as forecast the effectiveness of novel stimulation approaches. Developing such tools is crucial to a play-wide development strategy.

“The stratigraphic well is located in a thermally mature and structurally complex region of the Paradox Basin, which is likely to lead to a higher density of natural fractures,” Henry said. “We hope to devise strategies that include identifying these natural fractures for development that will lead to maximized production from this play and others with similar characteristics.”

Completion of this stratigraphic well is part of a comprehensive U.S. Department of Energy project scheduled to advance from the purpose of characterizing the complex subsurface environment of the Paradox Basin to the development of an optimized horizontal production well.

Strategic drilling and tactical stimulation approaches developed as part of this project will be tested in at least one horizontal well in the Paradox Basin. The 4½-year project, scheduled for completion in March 2024, received $8 million in federal funding and approximately $3 million from project partners. A 3D seismic study of the project area previously completed by Zephyr Energy will be employed to complement the current effort.