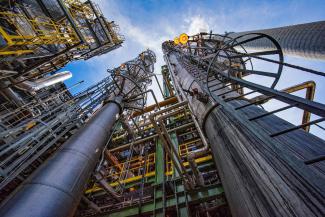 The U.S. Department of Energy’s (DOE) Office of Fossil Energy (FE) and NETL have renewed an agreement with Southern Company to operate the National Carbon Capture Center (NCCC), setting the stage for expansion at the DOE-sponsored facility into new areas of research to reduce greenhouse gas emissions from fossil fuel-based power plants, and to advance carbon dioxide (CO2) utilization and direct air capture (DAC) solutions. 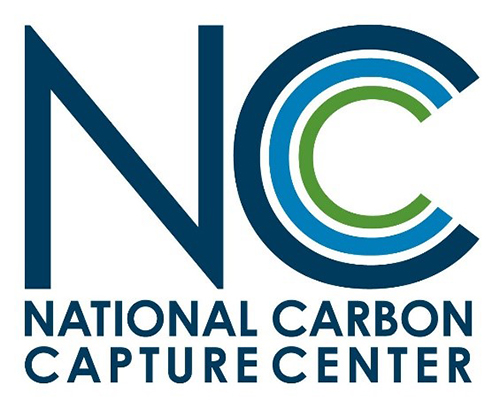 Under the agreement, which is valued at $140 million and was effective Oct. 1, 2020, Southern Company will continue to manage and operate the research center located in Wilsonville, Alabama, for an additional five years. DOE created the NCCC in 2009 to serve as a test bed for new innovations that lower CO2 emissions from the nation’s coal- and natural gas-fired power plant fleet. The facility was constructed at the site of the Power Systems Development Facility, originally established by DOE in 1995 as the premier advanced coal power generation research facility in the world.

Lowering the cost of carbon capture remains a priority for FE. By supporting national laboratories such as NETL and facilities such as the NCCC, FE continues to pursue its carbon capture objective of 95 percent CO2 purity at a cost of $40 per tonne of CO2 captured in advanced coal-fired power plants by 2025. DOE aims to lower that cost further to less than $30 per tonne of CO2 captured by 2030.

“NETL and the NCCC are crucial partners in reaching these objectives,” NETL Director Brian Anderson said.

“We are excited to continue our partnership with Southern Company and build on our successes by developing new technologies that further reduce the cost of capturing and reducing carbon dioxide emissions. The NCCC plays an important role in scaling up capture technologies and testing them under real-world conditions. Driving down the cost of and scaling up capture technologies will enable our nation to reduce its CO2 footprint and produce reliable and affordable energy, ensuring growth and economic prosperity,” Anderson said.

NETL and Southern Company have worked with technology developers from around the world to accelerate the development and commercialization of carbon capture technologies using the NCCC’s world-class research facilities.

In the past decade, more than 110,000 hours of technology testing has been completed at the NCCC for NETL partners and developers in the United States, and from six other countries, successfully advancing a wide range of technologies toward commercial scale while improving their performance and reducing cost. The research and testing of over 60 technologies has already reduced the projected cost of carbon capture from fossil-fuel power generation by more than one-third, and further cost reductions are expected.

Plans are underway to expand NCCC’s research focus. A major addition at the center will significantly broaden its testing and evaluation of carbon capture technologies for natural gas power generation. And the center’s future scope of work is now expected to include testing of CO2 utilization, DAC and negative emission technologies.

Southern Company will operate and maintain existing test facilities to offer third-party technology evaluation to reduce the cost of CO₂ capture, promote near-term implementation of CO₂ utilization systems to generate revenue toward offsetting carbon capture costs for the utility and industrial sectors, and test CO₂ removal technologies such as DAC or other negative emissions technologies.