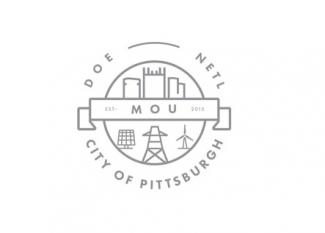 NETL Looks to Expand Success of MOU in Pittsburgh

Building on five years of success, NETL and its partners will meet to chart the next steps in their ongoing efforts to shape Pittsburgh into a “Clean Energy City of the Future.”

NETL will host the meeting on Wednesday, Sept. 23, with representatives from the City of Pittsburgh, University of Pittsburgh, Carnegie Mellon University, Duquesne Light Company, RAND Corporation and other stakeholders in attendance. Due to COVID-19, a virtual meeting is planned.

The NETL-City of Pittsburgh Memorandum of Understanding (MOU) Partnership was launched in 2015 to transform the city’s energy system and aging infrastructure. The MOU provides an opportunity for NETL to demonstrate how fossil energy is a part of the clean energy future, and to show how technologies invented at NETL can support safe and efficient energy use.

Among the presenters speaking on Sept. 23 are Grant Ervin, Pittsburgh’s chief resilience officer and assistant director for the Department of City Planning. He and other attendees will discuss plans for new and ongoing MOU activities, strategic vision changes, funding awards received, and staffing changes within their organizations.

“The MOU has generated many positive developments in the past five years. Our meeting will allow the stakeholders to meet and share goals and plans for continued success,” Tarka said.

As part of the MOU, NETL partnered with the city and other stakeholders to support the city’s efforts to create a “grid of microgrids” concept that spans nine energy districts in Pittsburgh. Because they can operate while the main grid is down, microgrids can strengthen grid resilience and help mitigate power flow disruptions as well as function as a grid resource for faster system response and recovery. NETL’s support has come in the form of the creation of a comprehensive energy usage and emissions report, expert guidance on energy systems and markets, and providing a vital connection between the city and the rest of the U.S. Department of Energy (DOE).

Other accomplishments of this partnership have included funding and running a prototype 200kw solid oxide fuel cell system on the North Side of Pittsburgh and a techno-economic study of geothermal energy extraction and use opportunities at Hazelwood Green, a brownfield project undergoing redevelopment and remediation.

NETL envisions that these and other successes achieved through the MOU with Pittsburgh can serve as a model for other collaborations between DOE and other U.S. cities.