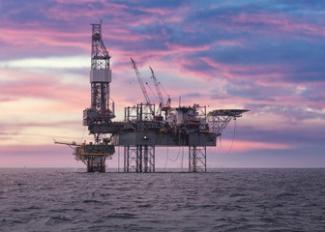 NETL recently had the opportunity to present its capabilities in the development of artificial intelligence and machine learning tools to members of the oil and natural gas producing industries.

Tools and models from ORM have been applied to a range of research problems and decision scenarios to evaluate and reduce risks associated with extreme offshore hydrocarbon development. Analyses using this suite have been performed to predict subsurface geologic properties such as pressure, temperature, porosity and permeability in offshore regions for which there is little or no data.

These predictions will help fill knowledge gaps, reduce geologic uncertainty and support decision-making needs for a range of industry, regulatory and research stakeholders. The ORM suite is also being employed to assess large-scale spatial and temporal trends associated with simulated oil spills and the potential social, economic and environment impacts each simulation could pose.

IADC has been interested in digitalization of drilling operations and data-driven decision making. Its invitation to NETL provided an opportunity to spotlight artificial intelligence and machine learning-enhanced models, tools and analyses from the Lab’s award-winning ORM that align to industry's need to reduce costs and improve efficiency of operations in offshore systems.

“The fact that IADC invited us to present our modeling suite to its members speaks volumes of the confidence industry has in the technologies developed at NETL and the minds behind them,” Rose said. “Whether you’re looking at it from a desire to lower operating costs, maximize efficiency, or be mindful environmental stewards, ORM has something just about everyone can use. It’s a robust digital toolbox and we were excited to present its potential.”

Industry has expressed increasing interest in artificial intelligence and machine learning technologies such as those utilized in the ORM, especially for offshore operations, due to the growing interest in increased efficiency and cost reduction associated with the move toward greater automation. The trend has been described in the recent Hart Energy interview with National Oilwell Varco’s Chairman/President/CEO, Clay Williams, which can be viewed here.

IADC is considering further exploration of this trend in a Drilling Engineering Committee Forum scheduled for November. The ORM suite was featured in World Oil magazine, leading to NETL’s subsequent invite by IADC.

Additional details on the Lab’s ORM, ongoing R&D, models, tools, and can be viewed here.

Since 1940 the IADC has championed the drilling industry through training programs, guidelines, publications, committees, conferences, and advocacy for the global drilling industry. It has more than 1,000 member companies committed to improving safety, advancing drilling technology and enhancing personnel competence.