The Mt. Elbert prospect is located within the Milne Point Unit on Alaska’s North Slope. The Milne Point field, one of a number of distinct oil fields on the North Slope, extends offshore into the Beaufort Sea and is situated north of the large Kuparuk Field and northwest of the well known Prudhoe Bay Field. 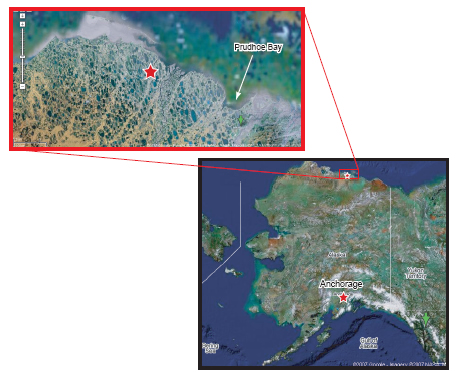 The work done under the “Alaska North Slope Gas Hydrate Reservoir Characterization” project has resulted in a characterization of two large prospective methane hydrate accumulations (or trends); the Eileen Trend, which underlies but extends well beyond the Milne Point field, and the Tarn Trend to the west of the Kuparuk Field. 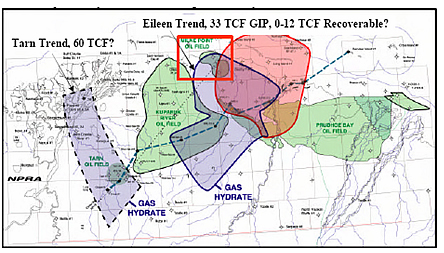 The Mt. Elbert prospect well location has been developed within that portion of the Eileen Methane Hydrate Trend that overlaps the Milne Point Unit. It is situated toward the eastern edge of the field, roughly 4000 feet from both the E and B well pads, and bounded by faults.

A three-dimensional subsurface view of the Mt. Elbert prospect generated from seismic data shows how the two bounding faults (in green) compartmentalize the triangular reservoir with an accumulation of potential methane hydrate. The estimated saturations of hydrate are indicated by the color variation (ranging from yellow through orange, green, blue to purple). 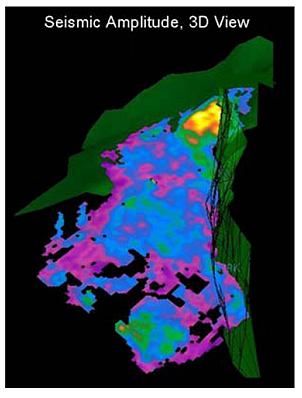